Chat With Our Advisor
Visit Our Blog 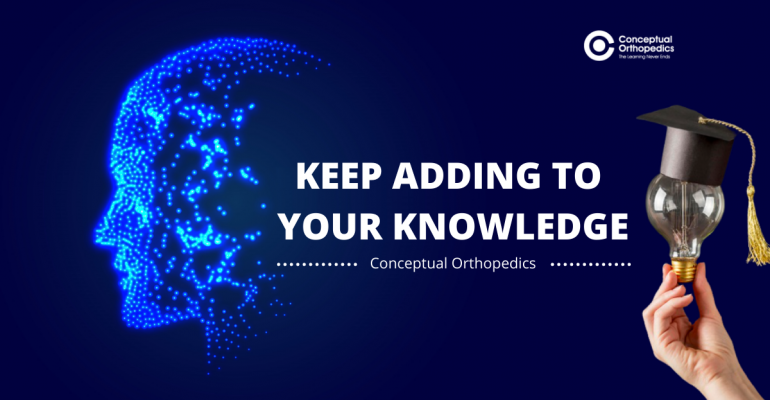 I had completed my M.S Orthopedics in 2017 from one of the most prestigious medical colleges in our country. I was quite excited when I came to know about my results then and was all set to start my senior residency. Like I wished to pursue a career in Arthroplasty, I was lucky enough to work with a wonderful team and learn the art of arthroplasty. It was during the initial phases of my residency that many of my friends were keen to write the National Board Exams to attain an additional degree. I was quite adamant not to write any more exams as I was content and happy with what I had chosen and believed that this would bring fortune to me.

However, through my years of experience I realized that what I have learned about orthopedics in all these years was just the tip of the iceberg. Apart from the very few trauma cases that I used to operate; my prime area of focus was only arthroplasty. Sometimes in between, I started having a feeling that I had started to forget other parts of this wonderful science. I tried opening a few books to recollect whatever I had learned but could not give time for the same. 4 years have passed from the time of my passing and one fine day I found an announcement on the newspaper about the National Board conducting the DNB exams for the year 2020. It was the second session of the academic year but was being conducted in 2021 March due to the pandemic situation. I thought I should utilize this opportunity to go back to my basics. Without any second thought I applied for the exam.

Then started the real nightmare. I was not able to focus on my preparation. It was then that I came across a live session conducted by Conceptual Orthopedics. Further I realized that it was a mobile based app which exclusively provided the best knowledge to their students. Out of impulse and also impressed by the few lectures I attended I purchased the app. The app contained a vast number of videos and around 600 plus theory notes. It had multiple sessions which touched all parts of orthopedics. Again, I was confused whether I would be able to complete the entire content. So I started my journey of learning exactly 3 weeks before my theory paper which was conducted on March 17th 2021. When I started reading, I understood the beauty of orthopedics. Right from the basics that included history and anatomy, Conceptual Orthopedics have covered almost all topics in great detail which even included the recent advances in COVID as well. I was able to complete the notes to a great extent before the exam and found the app very useful before the exams for last minute revisions. Seeing students at the exam centre standing in the hot sun with their huge textbooks literally gave me pain for them, as I stood there at the corner reading from the app with so much ease holding my mobile phone as if I was on a video call.

I would like to thank the entire team behind Conceptual Orthopedics and especially Dr Apurv Mehra, who have put their soul and heart in building up such a wonderful online platform for us. I really believe that whatever questions I was able to attempt in the exam was just because I read it in the app. Few recent advance questions that came in the exam were there in the app mentioned as probable questions in Recent Advances Section. More than the exam point of view I would like to thank Conceptual Orthopedics Team for giving me another chance to learn again. Hence, I also want to convey that this app is not just for the residents but is also equally useful for a continued education for the already practising orthopedic surgeons.

This error message is only visible to WordPress admins

Error: There is no connected account for the user dungnguyen231293, nytcooking.

For any assistance kindly reach out to us via Whatsapp / Phone
9999664864
drapurv@conceptualorthopedics.com

Start here
Success story
Blog
Courses
About us
Contact us

Get Flat ₹20,000 on the Premium Membership by Subscribing Today

Your infomation will never be shared with any third party